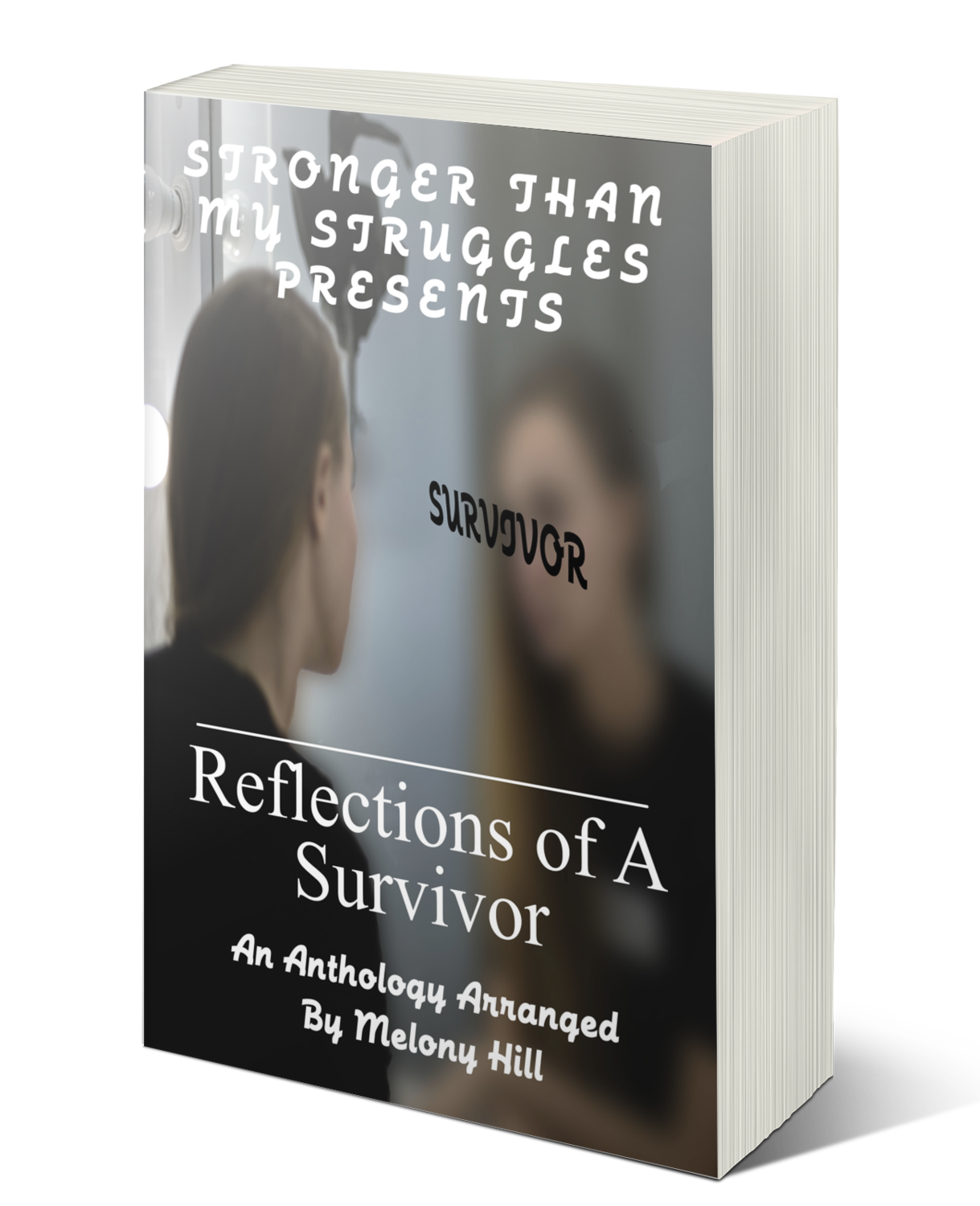 Reflections of a Survivor

WHAT IS A SURVIVOR? The dictionary says it's a person who continues to function or prosper in spite of opposition, hardship, or setbacks. That's exactly what you will find inside this anthology.

Alexander Sing was born with Mohr-Majewski Syndrome and Oral-Facial- Digital Syndrome II. With "In the Spotlight", Alex shares with us his story of receiving a personal message from J.K. Rowling after writing an essay on the similarities and differences between himself and Harry Potter.

Legally blind, Amanda Harrinauth lives with vision impairment, hydrocephalus, intellectual disabilities, and autism. She and her fiancee, Alexander Sing, joined together to write an essay on a situation that threatened to tear their relationship apart. While many of us worry about normal day to day problems in our relationships, it's eye-opening to take a peek inside the relationship of two disabled people struggling to find normalcy. "Depressed from Normalcy" will tear at your heart strings.

Melony Hill, Founder of Stronger Than My Struggles, is a rape, molestation, domestic violence and long-term abuse survivor. Diagnosed with multiple emotional disabilities in 2010, Melony strives to continue to show people that they are not defined by their struggles. Melony shares multiple essays of reflection on topics from abusive relationships, self worth, mental illness and more.

C. Imani Williams admits that years after her parents death, which caused an extreme family rift, she is still battling emotional instability. Imani shares a heartbreaking story of family betrayal that played out through the court system. It's sad what money can do to a family.

Ciara Lovelace was just a happy 6-year-old girl playing like children do when she fell into a coma suddenly. After weeks of tests and medicine to try to revive her and figure out exactly what had happened, Ciara was released from the hospital. The once playful, fun-loving girl who fell into the coma, was not the one who left the hospital. She could no longer run and play, no longer walk on her own, now bound to a wheelchair or forced to use a walking device, Ciara shares her story of determination.

Arlene R. Major is a survivor of domestic violence. History has a way of repeating itself, For Arlene, the story that kept replaying was one of abuse, disrespect and pain. She escaped one abusive relationship to only end up in another. How would she and her children escape?

Each contributor hopes that through their struggles and stories of finding themselves through the darkness, they can inspire, empower and help others see the light at the end of the tunnel through their own dark times.

Save this product for later
Display prices in: USD

Our refund policy is All Sales Final unless item arrives damaged, damaged items will be replaced. To be eligible for an exchange, your item must be unused and in  the original packaging.

If you need to exchange your purchase, send us an email at melony@strongerthanmystruggles.com and send your item to: P.O. Box 4485 Baltimore, MD  United States 21223.You will be responsible for paying for your own shipping costs for returning your item. Shipping costs are non-refundable.